Providing sacramental access to busy Washingtonians for over six decades

At the CIC we believe Catholic life is an activity not only of the mind, but also of the body and spirit. Not only does our uniquely Catholic forum provide hope, teach wisdom, and build virtue in our nation’s capital, we also strive to provide people with daily access to Jesus Christ through daily Mass, Eucharistic Adoration, confession, and spiritual development.

The Chapel of St. Josemaría Escrivá is closed on all federal holidays that fall between Monday and Friday. The CIC’s St. Josemaría Escrivá Chapel is the closest Tabernacle to the White House. Daily Mass if offered in-person at noon.

All Catholics who have reached the age of reason and are not prevented by sickness or other sufficient cause, are obliged to attend Mass and to abstain from unnecessary work that impedes worship on Sundays and on the following Holy Days of Obligation:

*When these three Holy Days fall on a Saturday or a Monday the obligation to attend Mass and to abstain from unnecessary work is suspended.

Monday-Friday
Available before and after Mass. If you are unable to attend Mass but want Confession, please contact us at director@cicdc.org or (202)783-2062.

Have a Mass offered

The daily Masses celebrated at The Chapel of St. Josemaría Escrivá may be offered for your intentions–for any person or persons, living or deceased–and we have beautiful Mass cards available.

If you would like to have a Mass offered for someone, please contact the front desk at 202.783.2062 or bookstore@cicdc.org.  The suggested stipend (donation) is $10. 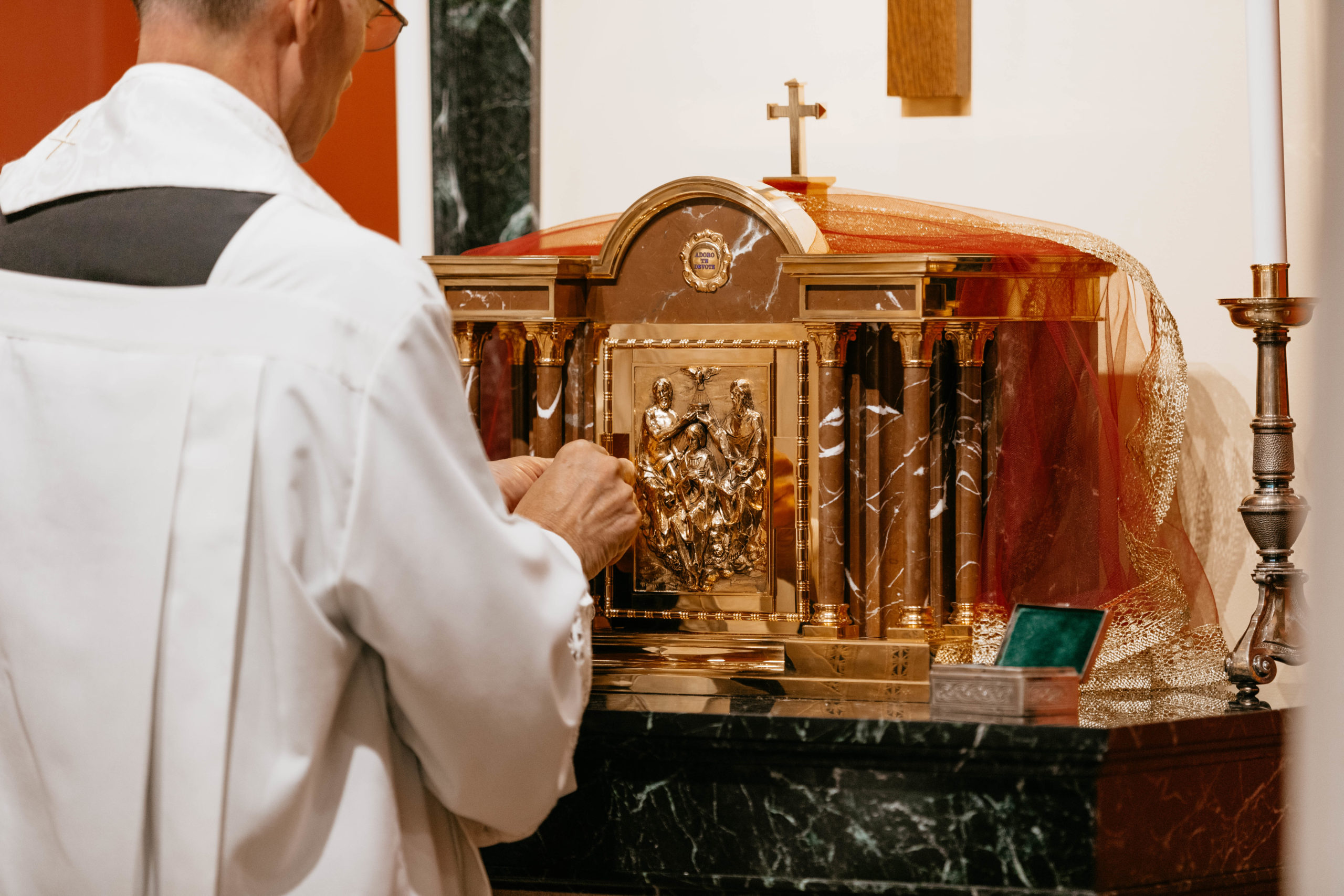 Adoration is open to anyone of any faith. We ask that when you visit the chapel for Adoration, please maintain a disposition of silence and reverence so those who are in the chapel with you are able to worship and pray. Adoration is available in-person and reservations are not needed to attend.

“Be ‘savagely sincere’ in spiritual direction”

If that dumb devil mentioned in the Gospel gets into your soul, he will spoil everything. On the other hand, if you get rid of him immediately, everything will turn out well; you will carry on merrily, and all will be well. Resolve firmly to be ‘savagely sincere’ in spiritual direction (always keeping your good manners) and to be sincere immediately.

Saint Josemaría in The Forge, 127

Call 202.783.2062 or email spiritualdirection@cicdc.org to set up an appointment. 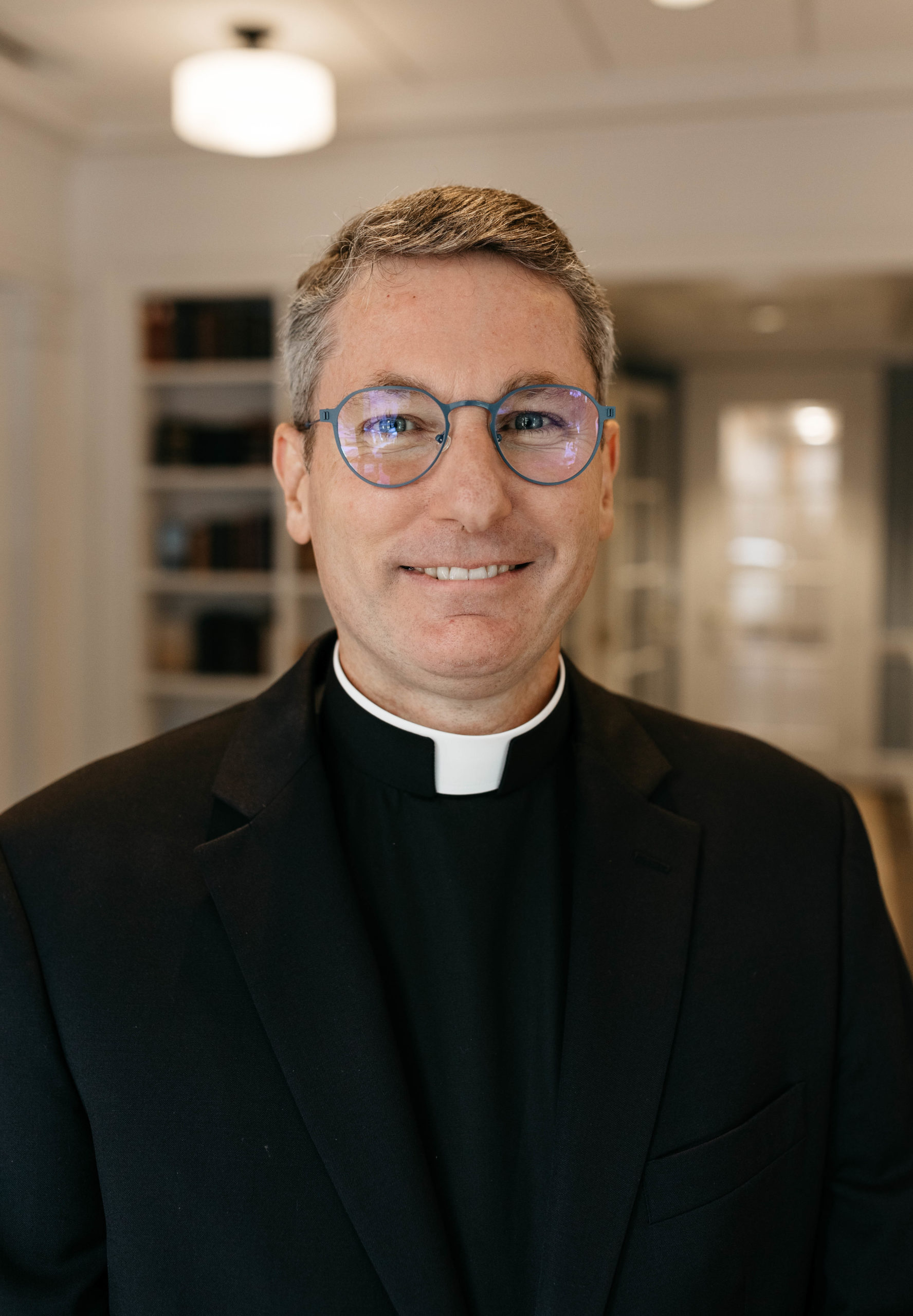 Fr. Charles Trullols is the Director of the Catholic Information Center, a corporation of the Archdiocese of Washington, DC. He assumed this role in March 2017. Originally from Barcelona, Spain, he graduated from the Barcelona School of Architecture with a bachelors degree in Architecture, then earned a bachelors degree in Theology and a doctoral degree in Canon Law (JCD) from the Pontifical University of the Holy Cross in Rome.

Fr. Trullols was ordained a priest in Rome for the Prelature of Opus Dei in 2006. Following his ordination he was assigned to work in Granada, Spain. In 2008 he moved to the United States and lived in Pittsburgh, South Bend, and Chicago, where he served the pastoral needs of the Prelature. Besides his current role at the CIC he is also assistant Chaplain at Oakcrest School in Virginia and Spiritual Director of the Leonine Forum, promoting Catholic social teaching among future leaders in Washington DC, New York and Los Angeles. Fr. Trullols speaks four languages fluently. Fr. Jose Ruisanchez is assistant chaplain of the Catholic Information Center. He is also Adjunct Spiritual Director at Mount Saint Mary Seminary in Emmitsburg, MD and coordinator for the Opus Dei activities for diocesan priests in the Washington DC Metropolitan area.

Fr. Ruisanchez grew up in Barcelona, Spain where he graduated from Medical School in 1981 and practiced as a family doctor for two years.

In 1983 he moved to Rome and he was ordained a priest for the Prelature of Opus Dei by Saint John Paul II in 1986. After obtaining a masters in Canon Law (JCL) at the Pontifical University of the Holy Cross he was assigned to California in 1989 where he attended the pastoral needs of the Prelature.

In 2001 Fr. Ruisanchez moved to Boston. He became the Chaplain of the Montrose School and exercised his pastoral ministry among high school and college students until 2018. During that time he also was part of the Hispanic Ministry at St. Columbkille Parish in Brighton, MA. From 2017 to 2019 he worked as assistant Chaplain at The Heights school in Washington DC.